WHO said that, the whole number of smokers in the world as much as 30% are young people, while nearly 50% of smokers in the United States, including teens. Based on these data it can be said that smoking behavior begins when children and adolescence, with many reasons behind smoking behavior in adolescents.The research design was a cross sectional study with a sample of 83 male students in the District Pedamaran SMA, this study from the date of July 15, 2019.Bivariate data analysis using chi square and multivariate analysis using logistic regression. The results of the univariate study note that the act of smoking 93.0%, 54.9% higher knowledgeable, which has a good attitude 60.6%, with availability of smoke 54, 9%, the influence of friends 59.2%, 57.7% of the teacher's role, regulatory  enforcement KTR 57.7%. From the results, there is a correlation availability of cigarettes to smoking behavior (p = 0.015) and no correlation between knowledge (p = 0.167), attitude (p = 0.149), the influence of friends (p = 0.074), the role of the teacher (p = 0.644), regulatory /implementation (p = 0.069) on smoking behavior. Suggest to high school in the District Pedamaran to pay more attention to students to be involved in smoking behavior and cooperation on the environment not to sell cigarettes in an environment outside of school. 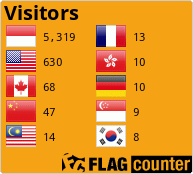